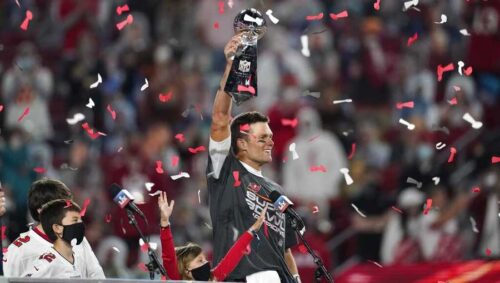 Well, it’s that time of year – the best time for me to use some sports analogies to reflect on ourselves. Last Sunday, we got to watch the top two football teams slug it out for pro football superiority. Watching the best of the best always motivates me to try to see what it is about top performers that get them to where they are and how we can use that as motivation in our own lives. Here are a few ways this year’s championship opponents achieved their success, and how we can do the same in our own professions.

The Chiefs, last year’s champion and this season’s team with the best regular-season record, have finished 2nd on the league each of the past two years in yards per pass attempt — meaning they go for the big plays. They also traded some valuable assets to land their star quarterback. And anyone who watched their conference semifinal game remembers them surprising everyone when they went for it on 4th down at the end of the game.

The Buccaneers were also a team who could have settled for a traditional rebuilding period but instead chose to go all out and bring in a generational quarterback that they knew would single-handedly change their franchise’s culture, and then surrounded him with the weapons needed to make the most of his skills. In fact, when Tampa Bay head coach Bruce Arians accepted his position, he explained in his press conference his “no risk it, no biscuit” approach to life.

In summary, these are teams that didn’t sit back and let fate choose their paths. They chose their own timeline for success and used resources to achieve that success on an accelerated path. You, too, can choose to begin applying for promotions sooner than you thought was normal, and you can begin asking for involvement in special projects if you feel like they’re not being offered up to you as soon as they should be.

(And this guy says he’s going to try to play to 45!). To keep competing at that level after having nothing left to prove takes a supreme level of motivation.

In his book, “The TB12 Method: How to Achieve a Lifetime of Sustained Peak Performance,” he writes “If I don’t play my best, why I am disappointed? Because I coulda, shoulda played better, done better, worked harder, prepared more.” He doesn’t blame others – and doesn’t even necessarily concede that his opponent was better – he blames himself for not doing better.

The most successful people aren’t generally driven by competition with others, but competition with themselves. They understand that the best goals are achieved by beating others. Comparing yourself to others also means that you have a moving bar – but competing with yourself means that your “competition’s” standards are consistent, and therefore you can more methodically improve and achieve your own goals piece by piece. Sometimes the nature of performance evaluations inherently means we’re competing with teammates to a certain extent, but to be your best self, stay focused and just beating your own standards rather than others’.

It’s Never Too Late to Accomplish Your Goals

Then, of course, there’s Tom Brady who just won another championship at the age of 43. Oh, and it’s his 7th one, so it’s not like we can say he fluked his way there at his age.

It’s never too late to land your first MSL position. It’s not too late to move from MSL to MSL manager or medical director. As recruiters, we often hear “I’ll probably just ride it out here until I retire.” That’s perfectly fine if that’s what makes you happy, but if closing out your career with a new accomplishment is what would give you better satisfaction, don’t fear going for it. 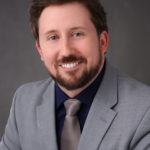 Lawrence joined SEMbio in 2011 and is a team leader in recruiting and business development. He attended Texas Tech University on a path that led him to obtain his Master’s degree in Sports Management. That experience provides Lawrence a unique perspective as a recruiter.
Find Us On Facebook
© SEMbio Partners, LLC. 2008-2022 All Rights Reserved. Interwebs by GrooveTango.